The Rise of Google Plus

When it comes to social media, Google has a spotty track record. Orkut, one of the company’s first attempts at breaking into the social media landscape, has managed to accrue only 33 million users in the past decade and remains popular in just a few markets throughout the world. Google Buzz was an unmitigated disaster, criticized from its launch due to the missing privacy options and the lack of Google’s trademark innovation.

When Google Plus was announced in 2011, many people were skeptical that the social network would be able to gain ground against the likes of LinkedIn and Twitter, let alone the industry-leading giant Facebook. After all, looking at the Palo Alto-based Google previous cracks at a similar experiment, it would appear that social media was one area that Google struggled with.

However, it seems the third time’s a charm for Google, as Google Plus proved many critics wrong. By the end of 2011, just months after the website was opened to the general public, the social media platform was quickly approaching the 100 million user mark. More recently, data from Trendstream’s Global Web Index suggests that during the final quarter of 2012, Google Plus even topped YouTube and Twitter as the second most popular social site.

Although it’s still a long ways behind Facebook (693 million active monthly users versus 343 million), Google Plus has quickly established itself as a relevant social platform that consumers are using to engage with both their friends and brands. Moreover, Google Plus has continued to grow over the past few years, while Facebook has seemed to level off.  Many consumers have grown wary of Facebook after various privacy issues and policy changes, which bodes well for Google Plus.

The Draw of Google Plus

Several brands have included Google Plus in their multichannel marketing efforts, and if you haven’t considered integrating the social site into your own campaigns, there is no time better than the present. While most of the top Google Plus pages belong to celebrities and entertainers, some businesses – such as National Geographic and The Economist – have gained a major footing on the site as well, according to Social Statistics.

What is the draw of Google Plus, compared with many of its contemporaries? It’s largely a combination of really useful and innovative features, with a sleek and intuitive user interface that makes navigating the site a breeze. 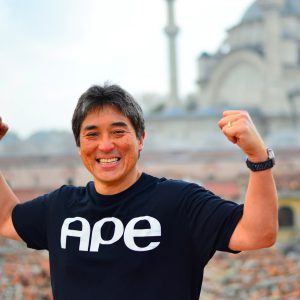 3,817,606 people have Guy Kawasaki in their circles, making him one of the most influential business people on Google+

As famous speaker and writer Guy Kawasaki noted in a blog for MarketingProfs, Google Plus starts by having the same functionality of many other social networks and then improving on it.

For example, comments can be nearly two times as long on Google Plus as they can be compared to Facebook, and infinitely longer than the 140 characters allowed on Twitter. Plus, you can edit them after posting, which is either limited or not allowed by the other sites.

Better comment posting is only one feature, with Google Plus also adding more depth when it comes to video conferencing, improving the visibility of posts, grouping relevant comments and responses, as well as displaying pictures and photographs. For brands, it means you’re able to add more details to your posts (good for establishing thought leadership and relevance) as well as making them more attractive and eye-catching due to photo integration. Google Plus is all about making the social media experience better, bigger and broader while also maintaining close connections with the people you are engaging. On top of that, this content is all located on Google’s social network, meaning it will also crop up in searches as well.

Perhaps the biggest draw of Google Plus is the community aspect. Google’s social site revolves around the creation of and participation in communities. Relevance is something that brands have traditionally struggled with – you want to be able to target the customers that are open to your products and services and avoid annoying people who aren’t interested with messages that don’t appeal to them.

Google Plus’ communities enable you to do just that, allowing brands to break their connections up into different circles or communities. These communities allow companies to engage people with similar interests and passions and share news, ideas and insights with like-minded individuals. Because of the discovery options in Google Plus, you can also connect with new people who might share the same interests. All the while, you can post written content, photos and videos in hangouts that will bring you and your audience closer together.

If Facebook is a tool to keep up with people you know, Google Plus is a tool to help you find people you want to know because you have similar passions and interests. That is perhaps the biggest differentiator between Google Plus and its competitors – while it may share many of the same resources, you can use them to achieve a wholly different goal.

Is Google Plus Here to Stay?

As is the case with any new project, many brands are concerned with the long-term viability of Google Plus. Social sites seem to launch and die all the time, and considering the fact that time is one of the most finite resources at a company’s disposal, brands are wary of investing too much into a platform that may be obsolete the next day.

The fact of the matter is that Google has put much effort into seeing Google Plus succeed in the social landscape. Its past ventures were extremely well supported – Orkut has been in operation for nearly a decade, while Google Buzz was only canned on the eve of Google Plus’s launch. The sustained growth of the platform also suggests Google has no reason to cut the social network. With Google entering other markets as well, such as mobile devices, Google Plus can only become more robust in the future. Google Plus is a core part of Google’s product and service lineup, and it appears to be here for good.

Let us show you your FISION ROI.